Django is the most popular web framework for Python.

Every app is a component of a website, these apps can be reused in other websites. An app can be anything from a poll, blog to a forum.

In the long run that will save you a lot of development time.
It’s also easy to add apps from other projects. Apps are pluggable.

Each app has its own views and models.

Inside the project directory, each app has its own directory.

Note: In the models, an object relational mapper (ORM) can be used. An ORM maps Python objects to the MySQL database, meaning you don’t have to write SQL queries.

Django has a template language out of the box. Inside HTML, tags can be used.
If you want to print a variable:

You can loop through a list in a template:

Even if statements can be used in a template:

Django comes with an admin interface! 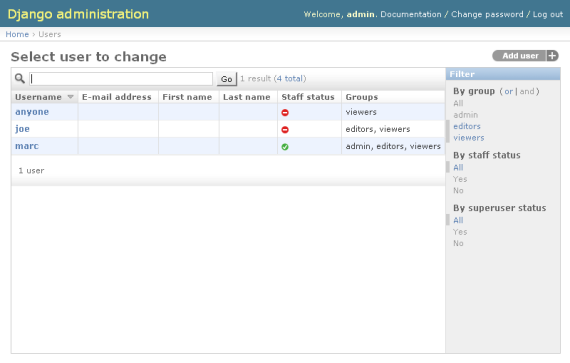