Logistic regression is borrowed from statistics. You can use this for classification problems. Given an image, is it class 0 or class 1?

The word “logistic regression” is named after its function “the logistic”. You may know this function as the sigmoid function.

Related Course:
Zero To One - A Beginner Tensorflow Tutorial on Neural Networks

Logisitic regression uses the sigmund function for classification problems. What is this function exactly?

The sigmund function is: 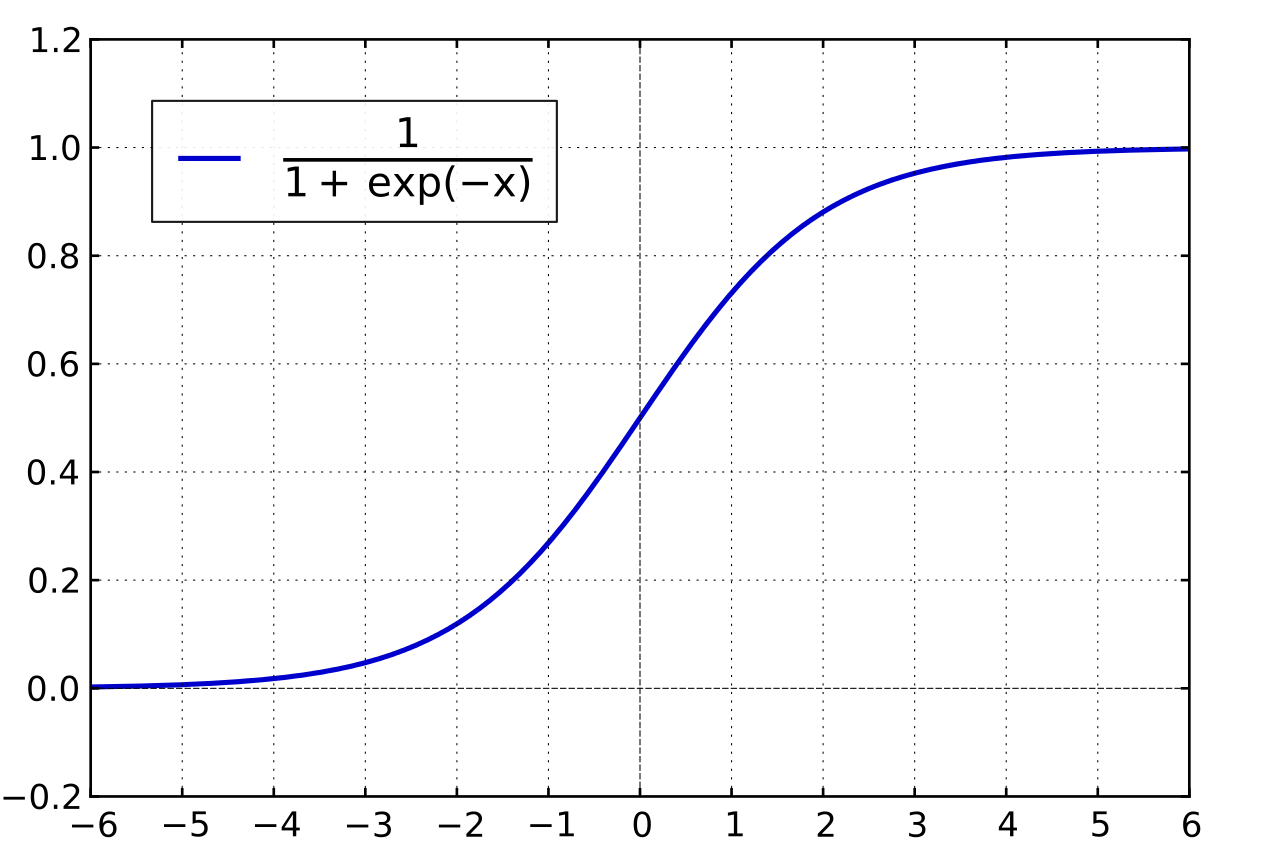 Why use the signmund function for prediction? The s-shaped curve is kind of strange, isn’t it?

Classifications in prediction problems are probabilistic. The model shouldn’t be below zero or higher than one, the s-shaped curve helps to create that. Because of the limits, it can be used for binary classification.

The function can be used to make predictions.

To make predictions, you need b0 and b1.

These values are found with the training data.
Initially we set them to zero:

Tensorflow will take care of that.

Then the model (based on formula) is:

The softmax function does the equivalent of:

Lets use logistic regression for handwriting recognition. The MNIST datset contains 28x28 images of handwritten numbers. Each of those is flattened to be a 784 size 1-d vector.

The same in code:

The code below runs the logistic regression model on the handwriting set. Surprisingly the accuracy is 91.43% for this model. Simply copy and run!